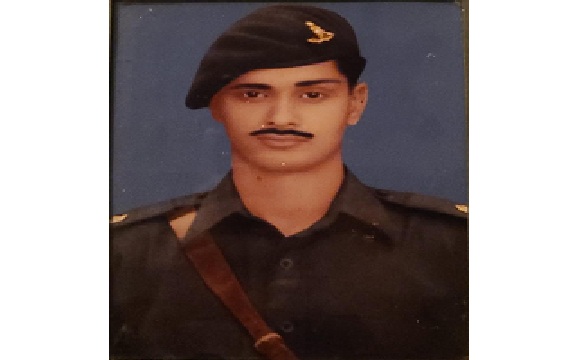 Capt GP Bhatnagar hailed from Agra in Uttar Pradesh. Though his father was a leading Advocate in Agra, Capt Bhatnagar knew his calling was in the Armed Forces since his younger days. Consequently he continued to follow his passion and eventually joined the Army. He was commissioned as a 2nd Lt into 17 Parachute Field Regiment of the Regiment of Artillery, the second-largest arm of the Indian Army known for its guns, mortars, rocket launchers and artillery firepower.

When in 1962, the war clouds were gathering in the horizon, Capt Bhatnagar's unit got deployed on the Eastern front in NEFA sector. Very early in his service career, Capt Bhatnagar got involved in the thick of operations, when the balloon went up in October 1962.

During Oct 1962, Capt Bhatnagar's unit got deployed in Walong, the mountainous region of NEFA (North-East Frontier Agency) the present day Arunachal Pradesh. After the initial reverses at Dhola Post on 20 Oct 62, the focus turned towards the Walong Sector where Brig NC Rawlley had assumed command. Massive reinforcements were flown in and the 52 Parachute Field Battery (ex !7 Parachute Field Regiment) under Maj HK Bhardwaj, one mountain battery and 71 Heavy Mortar Battery were provided in direct support. The brigade was tasked to defend Walong with its three battalions and six platoons of Assam Rifles. 4 Sikh was deployed West of Lohit River, 3/3 GR on the East of it and 6 Kumaon in depth at West Ridge overlooking Walong Nala. By 18 Oct 62 , Capt GP Bhatnagar had established his OP (Observation Post) in Kibithoo in support of D Company 6 Kumaon and had inflicted heavy casualties on the advancing Chinese between McMohan Ridge and the post.

When the troops of 6 Kumaon withdrew on 24 Oct, Capt Bhatnagar was with them. He was then ordered by his Battery Commander to join B Company of 4 Sikh located at Mithun commanded by Maj Harbans Singh. The company of 3/3 GR was adjacent to it at Ladders. The OP occupied by Capt Bhatnagar gave him a good view of Ladders post and he could direct artillery fire in their support also. Further West were the locations at Lakshman Ridge, Yellow Pimple, Green Pimple and Trijunction occupied by other companies. There was another company of 4 Sikh at High Plateau under the operational command of 3/3 GR deployed at Dakota Hill towards the eastern extremity of Walong Sector across the Lohit River, which at that time could not be crossed without boats.

A lot of enemy movement, from late evening onwards was immediately engaged by Capt Bhatnagar with the para, mountain and heavy mortars with telling effect, raising the morale of the Sikh troops at Mithun and the Gurkhas at Ladder. Both positions were attacked simultaneously by the Chinese on 25 and 26 Oct but the Sikhs and Gurkhas held firm and repulsed them. However a large numbers of Chinese troops continued to build up to attack the two Pimples and Tri Junction on the flanks towards the rear. Both Ladders and Mithun positions were strengthened by additional troops who gave a very good account of themselves and held out till 14 Nov 62.

By about 2300 hours on 14 Nov 62 it was amply clear that another attack was imminent. B Company under Maj Harbans, put up a very brave fight and the enemy attack was beaten back with heavy casualties. Consequently both attacks on Ladders and Mithun proved very costly to the enemy. Maj Harbans was then ordered to withdraw, leaving a handful of troops as a rear guard under Capt Kulwant Singh and the arty OP, Capt Bhatnagar, to cover their withdrawal. On 16 Nov 1962, Capt Bhatnagar and his comrades took cover behind a rock face and kept directing effective concentrated fire of all guns at their disposal. Capt Bhatnagar and Capt Kulwant anticipated the enemy to close in further to prevent the company 3/3 GR from Lachhman Ridge from passing through the re-entrant adjacent to them. However one of enemy’s sharp shooters stealthily closed behind the rock face and aimed directly at Capt Bhatnagar. Capt Bhatnagar took a direct hit, which proved fatal for him and he was martyred.