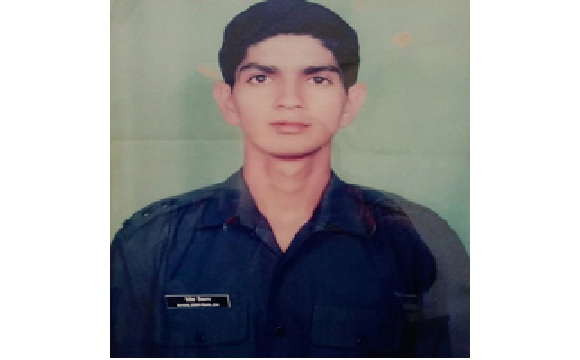 Capt Shailesh Rialch hailed from Himachal Pradesh and was born on 14th October 1975. Son of an Indian Navy veteran Vikram Singh and Smt Susheel, Capt Shailesh was the eldest among two siblings. He was inclined to join the Armed Forces like his father since his younger days and continued to follow his dream. Consequently, he got selected to join the prestigious National Defence Academy at Khadakwasla in 1994. Later he went to Indian Military Academy at Dehradun for further training.

He passed out of IMA Dehradun as a Lieutenant on 6th December 1997 at the age of 22 years. He was commissioned into the Corps of Electronics and Mechanical Engineers (EME), which has the responsibilities related to the design, development, trial, inspection and refit of weapon systems and equipment of Indian Army. After being commissioned he got posted to the trouble torn Jammu and Kashmir as his first assignment.

During 1999, Capt Shailesh Rialch's unit 606 EME battalion was deployed in J&K as part of Op Rakshak. Capt Shailesh was serving with 215 Field Workshop of 606 EME Bn and was also part of QRT (Quick Reaction Team) of the battalion. Though the Kargil war had ended on 26 July 1999, the situation along the LOC continued to be tense for few more months and the troops were on alert for any eventualities. On 24 Nov 1999, the Quick Reaction Team under the leadership of Capt Shailesh  was tasked for an operation in Panchgam in Anantnag district of J&K.

Capt Shailesh along with his team reached the suspected area as planned on 24th Nov 1999. As Capt Shailesh was directing his soldiers to get into their positions, the militants felt cornered and made desperate attempt to escape. Capt Shailesh realizing the gravity of the situation immediately deployed his men tactically to block their escape routes. As a result the militants stated firing indiscriminately to break the cordon. In the ensuing gun battle Capt Shailesh and his comrades got behind the militants and opened fire. During the heavy exchange of fire Capt Shailesh received a gun shot and got injured. But undeterred and showing courage of a very high order, he retaliated with accurate fire and eliminated one militant. Despite being severely injured he continued to direct his troops, till he attained martyrdom at 1400 hrs on 29th Nov 1999. Capt Shailesh was a spirited and dedicated young officer, who laid down his life at the age of 24 years in the service of the nation. Capt Shailesh Rialch was given the gallantry award "Sena Medal" for his outstanding bravery, devotion to duty and supreme sacrifice.