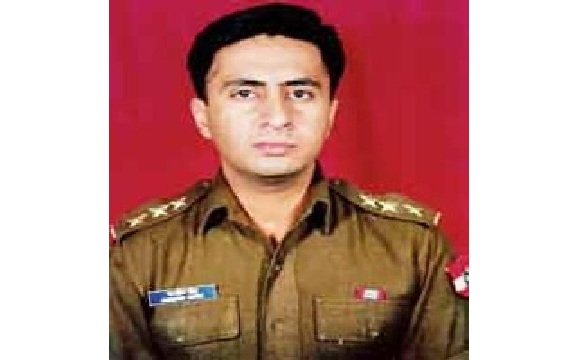 Capt Mandeep Singh was Company Commander of 4 Rashtriya Rifles battalion which came under the deadly armed assault on that day. Capt Mandeep and his troops swung into action and counter attacked. Though it was a surprise attack, Capt Mandeep rose to the occasion and led his troops in effective engagement of the militants. However during the heavy exchange of fire Capt Mandeep received a bullet and suffered an injury to left infraclavicular region of his chest. He soon succumbed to his injuries and was martyred . Known as “Harry” to his friends Capt Mandeep was a spirited and dedicated young officer, who was well regarded by his seniors as well as troops under him. Capt Mandeep Singh was a gallant and committed soldier, who laid down his life in the service of the nation.