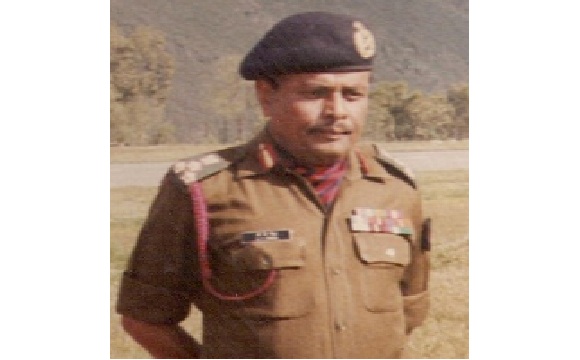 Brigadier BP Singh hailed from the state of Uttar Pradesh and was born on 20 June 1942. Son of Shri Thakur Hira Prashad Singh, an advocate in Ballia, he had three elder brothers as his siblings. He saw a lot of hardships during his childhood, but his mother was determined to ensure that her sons would carve a niche for themselves in their chosen fields and lead a good life. Brig BP Singh's grandfather had been a JCO in the British Army and and was the reason for his inclination towards the armed forces since his younger days.

Brig BP Singh completed his B.E. from Allahabad University and joined IMA Dehradun directly as a “dhakka entry,” as the direct entrants are fondly referred to as. He passed out from IMA on 11 December 1962 and was commissioned into the regiment of artillery, an important combat arm of Indian Army, well known for its booming field guns, howitzers and heavy weaponry. He got an opportunity to take part in active operations very early in his service career, when the war with Pakistan broke out in 1965. He as a young officer operated in various operational areas as he was moved right in the middle of the war from one front to the other.

He also took part in the 1971 war and was the OP officer with 99 Arty Regiment and helped in the capture of Sylhet in Bangladesh. During his service, he underwent many courses, including one on signals at Mhow and the Long-Range Gunnery Course at Deolali, Nashik. After the 1971 war, he was posted to the Army HQ. From here, he qualified for a competitive vacancy in Staff College and attended it in 1974. Thereafter, he was posted as the Brigade Major at Pithoragarh, after which he joined 90 Field Regiment at Meerut. He stayed in the regiment for more than six years and rose up from being a Battery Commander to becoming the 2IC and then took over command as the Commanding Officer when the regiment was in Janglote, Pathankot.

He took his regiment to Barrackpore, Calcutta, and from there he was posted to TAC wing, Deolali, as an instructor. Thereafter he went for a second command tenure and took over the command of 219 Medium Regiment, which was located on the glacier at Siachen. Later, he was handpicked to take over as Colonel GS (training) in the new corps being raised in Jodhpur. He was then posted to 25 Infantry Corps HQ, at Rajouri, J&K, where he picked up his rank in 1989 and shifted across the river to take over 25 Arty Brigade.

However the helicopter of the Army Aviation Corps, carrying Brig BP Singh faced serious technical glitches and crashed at Chor-Gali in Poonch sector of J&K. The security forces launched a massive search to locate the ill fated helicopter and its occupants, but it took them 14 days of intense search.to trace the crashed helicopter. Brig BP Singh and four other officers including Maj Gen Sudershan Singh could not survive the crash and were martyred.  Brig BP Singh was a valiant soldier and gritty officer who led from the front and laid down his life in the line of his duty.

Brig BP Singh is survived by his wife Smt Savita Singh a writer by profession, two daughters, Bhavana, an editor, and Puja, a graphic designer, and his son, who is the youngest and a serving Lt. Colonel in the Army Aviation Corps.