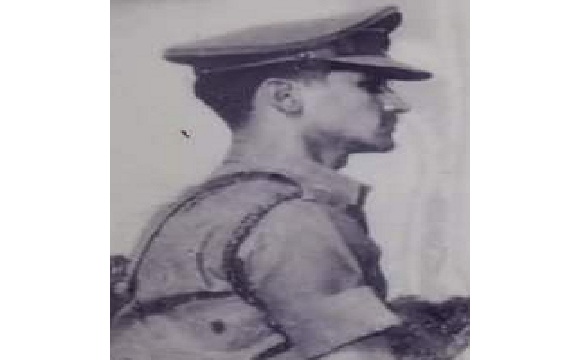 Second Lieutenant Viney Kaul was born in Amritsar in August 1950. Son of Shri Pt. Kesho Ram and Smt Rajkumari Kaul, 2nd Lt Viney was the youngest child and had two brothers and a sister as his siblings. His father was an affluent European grade officer in the erstwhile British Indian Railways and served as the Chief Controller of Northern Railway.  He studied and grew up at New Delhi, Amritsar, and Ferozepur before shifting base to his ancestral town of Nurpur in Himachal Pradesh after the retirement of his father in 1959. Though there was no one in his immediate family serving in the Armed Forces, he was inclined to join the Army since his childhood.  Thus following his passion,he joined NCC in school and continued with it in the University too, where he attained the rank of Senior Under-Officer.

He grew up to be a very handsome, intelligent and responsible person who did his best to steer his family out of financial and emotional hardships after the untimely passing of his father and elder brother. He even worked part time and would deliver newspapers across the area around his university in the wee hours of the morning when everyone in the hostel was fast asleep. He also had keen interest in sports and excelled in playing hockey.  A man of many parts, 2nd Lt Viney was an animal lover and kitchen gardener, who loved to grow vegetables. As an animal lover his pets included a goat, a cow and a dog.

After his graduation, he started pursuing M.Sc in Geology from Panjab University, Chandigarh. However during that period, he got selected to join the Army and had to leave his studies.  He joined the Officers Training School (now OTA) in Madras in 1970 and passed out on 14 Mar 1971 as a 2nd Lt.  He was commissioned into 165 Field Regiment of the Regiment of artillery, the combat support arm of the Indian Army well known for its booming guns and heavy weaponry. Subsequently he became a "Silver Gunner", having topped his 'Young Officers' Course', FD 578 at the School of Artillery, Deolali from 29th March 1970 to 21st August 1970. Incidentally there were only two Silver Gunners in 165, Field Regiment at that time, the other being his Commanding Officer Lieutenant Colonel SF Rodrigues, who later became the Chief-of the Army Staff

In the year, 1971 when the war clouds appeared on the horizon 2nd Lt Viney's unit 165 Fd Regt got deployed on the western front. As war broke out with Pakistan on the 3rd of December, 1971, the Pakistani army entered some 7 kilometers deep into Indian territory through the Sulemanki border, overcoming the resistance put up by our troops in the village of Beriwala, Gurmi Khera and Pakka, near Fazilka town of Punjab. In order to stop the advance of the enemy, Indian Army launched the counter offensive with with 4 Jat along with 15 Rajput and 3 Assam battalions. 2nd Lt Viney's unit 165 Fd Regt was one of the Artillery units that provided the Artillery support in the operations. Though the war ended 0n 16 Dec 1971, the border tensions remained high with the Indian troops maintaining a state of high alert at all times.  There were border skirmishes and ceasefire violations on regular intervals with heavy exchange of fire from both sides. There was one more such ceasefire violation in Jalalabad- Fazilka sector on 04 Jan 1972. 2nd Lt Viney Kaul was manning one of the Arty OP(Observation Post) in that sector on that day.

On 04 Jan 1972, the Pakistani troops violated the ceasefire in Jalalabad- Fazilka sector and started heavy mortar shelling on Indian Army Posts. Pakistan Army initiated unprovoked and indiscriminate firing using small arms, automatic weapons and mortar shells. 2nd Lt Viney Kaul and his comrades retaliated strongly, effectively and proportionately to the unprovoked ceasefire violation and the exchange of fire continued for several hours.  However during the heavy exchange of fire, 2nd Lt Viney Kaul and his radio operator got hit by enemy shell and were severely injured. 2nd Lt Viney Kaul soon succumbed to his injuries and was martyred. 2nd Lt Viney Kaul was a committed soldier and gritty officer, who laid down his life at the age of 21 years in the service of the nation.