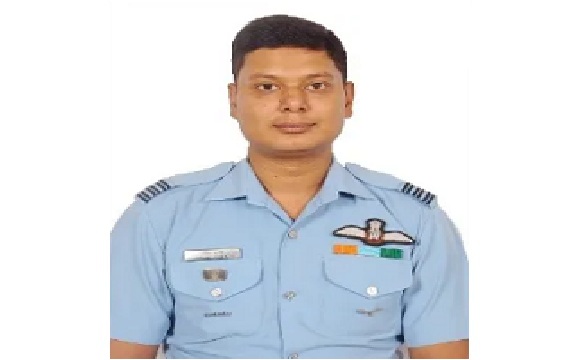 Wing Commander Mohit Rana hailed from Sandhol village of Mandi district in Himachal Pradesh and was born on 13 Feb 1984. Son of an army veteran Col Om Prakash Rana (Retd) and Smt Prabhat Rana, he had two sisters Shabnam and Meenakshi as his siblings. He had a strong desire to serve in the Armed forces right from his childhood, like his father. Following his passion, he got selected for the prestigious NDA after his school education. During his NDA tenure he excelled in various aspects of training and got selected for the Indian Air Force. Later he went to the Air Force Academy in Hyderabad and got commissioned as a Flying Officer on 17 Dec 2005 as part of 176th Pilots' Course.

Having been inducted into the flying stream of the IAF, he got trained as a fighter pilot. After completing his multi-stage flying training, he joined the operational squadron and thereafter served at various Air Force bases. In the year 2012, he got married to Ms Nidhi, a physiotherapist and the couple had a daughter Ridhiya, born on 23 July 2019. By 2022, he had put in about 16 years of service and had evolved into a professionally competent fighter pilot with expertise in varous air operations.

During July 2022, Wg Cdr Mohit Rana was serving with a fighter Squadron based at Air Force base Uttarlai in Barmer district of Rajasthan. During peacetime training is one of the most important activities of IAF which helps it to remain prepared to take on any eventuality. A war-like situation is created in the air for the pilots to practice and remain updated.  Wg Cdr Mohit Rana too was undertaking training sorties to practice complex air operations on a regular basis. On 28 July 2022,  Wg Cdr Mohit Rana was undertaking another such sortie along with Flt Lt Advitiya Bal. It was a training sortie for an air combat mission in the night in a MIG-21 Russian-origin fighter jet trainer aircraft. As planned Wg Cdr Mohit Rana and Flt Lt Advitiya Bal took off from Uttarlai airbase after completing the necessary operational checks on ground.